Joanne Dubach is an actress living and working in Chicago. She is a graduate of the School at Steppenwolf and an artistic associate at Chicago Dramatist. She has been seen onstage in Chicago at The Gift Theatre, Chicago Dramatist, Northlight Theatre, and with The State Theatre of Chicago 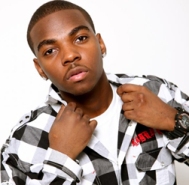 Adero has been featured in Chicago’s True Star Magazine, GUMBO Teen Magazine, Chicago Defender, Chicago SunTimes, Chicago Tribune, Chicago Reader, WORD UP Magazine, and numerous issues of Hip Hop Teen Magazine, just to name a few.  This budding artist has also been opening major concerts since he was a kid, systematically drawing music lovers of all ages to take immediate recognition to why he is called the boy wonder. At 12 years old, Adero was the opening act for a sold out crowd of 4,500 at the ‘New Jack Tour’ featuring R&B singers Aaron Hall, Guy, Teddy Riley, Black Street, Tony Toni Tone and After 7. At 14, he was opening major concerts for Soulja Boy. At 15 years old, Adero was opening for Trey Songz . At 16, Adero was a spotlight artist in BET’s Blaze the Stage at Symphony Hall in New York. Not only is Adero a threat on the microphone but he is also a bona fide actor. He made his professional debut in the popular play, “Work It Out” as “Little Tony”, the son of movie star, Malik Yoba, at the Arie Crown Theatre.  Adero next appeared as “Travis Younger” in the hit Broadway Musical adaptation “Raisin” at Court Theatre. He can been seen in national Sears and Master Lock commercials and in several short films such as “Hollywood Jerome” by Malik Yusef and “Cut Out” by Mary Novak. 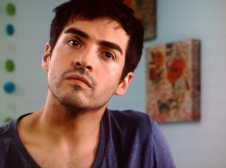 Originally from Attica, Indiana, Kevin Craig Wesley has lived in Chicago for five years now. He studied theater and graduated from Columbia College Chicago in 2010. He is represented by Grossman and Jack Talent Agency. He has recently been cast as an ex German Nazi in a movie based on the Holocaust called “Zehn”. Along with “Cut Out”, he currently has two films that will be coming out this summer/fall as well. One is a short film called “The Farm” and the other is a full length called “Critical Nexus”. His favorite things to do are travel (favorite country is Germany), going to concerts, art shows/festivals, and to the movies.